Like most people visiting Egypt, the pyramids were one of the highlights of the trip that I’d been most looking forward to.

Arriving in Cairo following a quick flight from Luxor at some inhuman hour, I was bundled into a private taxi with a bouncy, energetic guide who immediately took me to a local shop to get me ‘something to wake me up’. The ‘something’ turned out to be a strange mixture called Sugarcane Juice. It did the job, even if an inevitable sugar crash was hovering just around the corner.

Back into the cab, a quick, scary rush down the busy roads and the first stop was to the Giza plateau. Making my way over to the pyramids, crowds of people were looking to get tickets to enter and there was no queuing system – everyone pushing to get to the front. The guide jumped in with more enthusiasm than was strictly necessary, surfacing a couple of minutes later clutching a small ticket that would let me into the centre of two of the pyramids of Giza. For some reason (possibly due to the environmental impact) tourists are only able to enter two of the three pyramids on any given day. I chose the Great Pyramid and the Second Pyramid to explore. 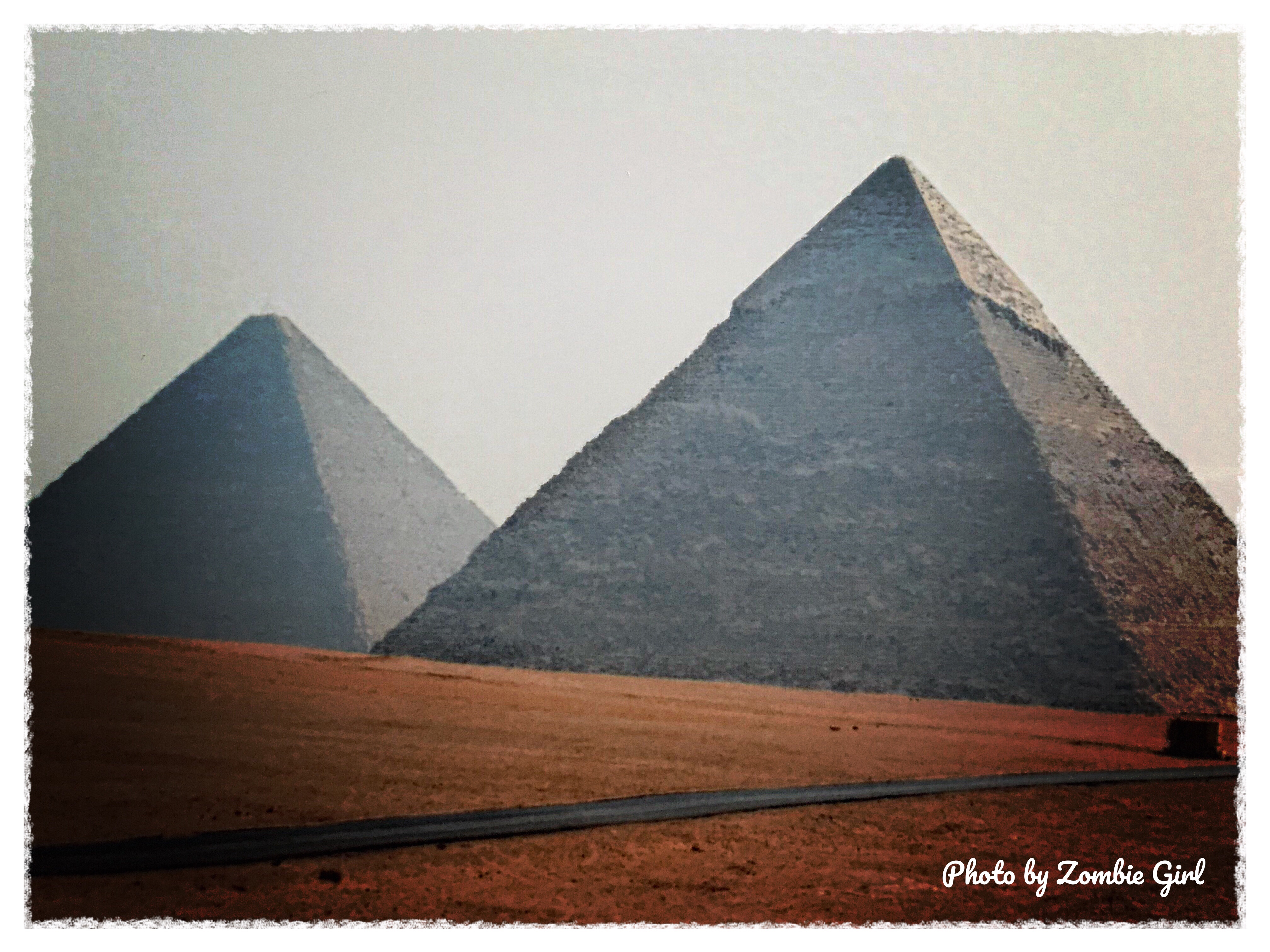 The Great Pyramid is also known as the Pyramid of Khufu and is thought to be the oldest of the seven ancient wonders of the world. The Second Pyramid or the Pyramid of Khafre is so called because it is the second tallest pyramid at Giza. Spending time during the earlier part of my trip to read up on the structures, I already knew that I wouldn’t be seeing ornately decorated interiors, similar to those in the tombs at the Valley of the Kings, however I was just excited to step foot in a pyramid – that’s not something you do every day and I’d always wanted to be Indiana Jones!

Approaching the Great Pyramid, I was surprised by how near I could get to the actual pyramid exterior, the blocks looking even bigger up close. It was fairly claustrophobic inside, the floor sloping upwards in a steady incline and the walls less than an arm’s-span apart. If you are not a fan of small spaces, this is not the trip for you! There were railings on the walls to help move up the incline and the flooring was boarded with slight raised notches every couple of steps. A small cadged light was perched above the passageway, providing dim lighting to direct my steps.

Although the inside of the Great Pyramid’s main chamber was sparse and undecorated, it felt incredible to be standing in the centre of such an iconic and historic landmark. I’ve always been fascinated by ancient Egypt and despite the mustiness, dust and sand, I felt elated to be undertaking such an adventure.

Always one to let my imagination run wild, I couldn’t help but wonder what it would have been like when the pyramid was first discovered, with the archeology teams taking their first steps into the darkness of the structure, unsure of what lay ahead of them in the darkness.

The Second Pyramid was just as exciting and my attention was captured by small shafts in the building, leading upwards to align with the stars. The attention to detail, coupled with the scale of the structure was hard to comprehend. Emerging from the depths of the pyramid, blinking into the light, I achieved my Indiana Jones moment, the noise of the crowds chasing away my imagined rumblings of the unseen, oncoming boulder.

Heading away from the pyramids, the Sphinx was my next destination. It rose out of the dust, flanked by the outlines of the pyramids in the distance.  The Sphinx was stretched out at the end of a long pathway, which ran the length of the monument. Actually touching it was just out of reach, but up close, it was stunning to see. Considered to be one of the oldest monuments in Egypt, it was incredible imagine how this must have looked when it was being discovered, half buried in the sand. The plateau was full of people, all being encouraged to take posed pictures to show the scale of the Great Sphinx of Giza. 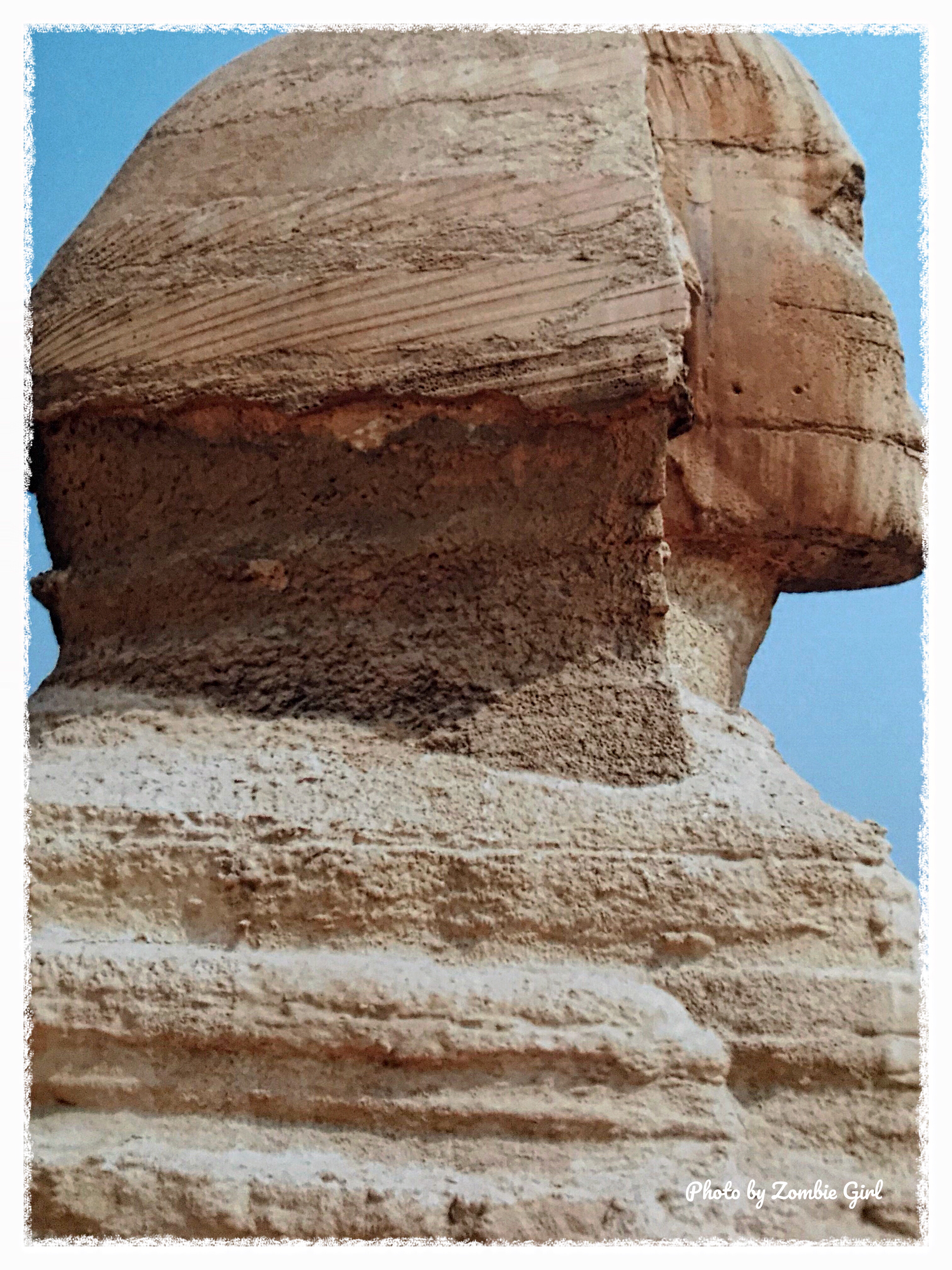 The final couple of stops of the morning were to the Giza Solar Boat Museum to look at the boats which had been buried nearby, thought by some to have been used as funeral barges.

The afternoon was spent visiting Khan Al-Khalili, a large souk in the bazaar district as well as wandering around the Cairo Museum. The contrast between the hustle and bustle, bright colours and noise of the shopping market and the calm, collected and hushed tones of the museum perfectly illustrated the two sides of Cairo that I’d experienced.

There were multiple treasures within the museum, but unfortunately the unbearable heat inside made it difficult to stay for too long. Regardless of the heat, I was determined to visit the hall of mummies and, the highlight of the museum, Tutankhamun’s burial mask. It was absolutely worth the discomfort and incredible to see. 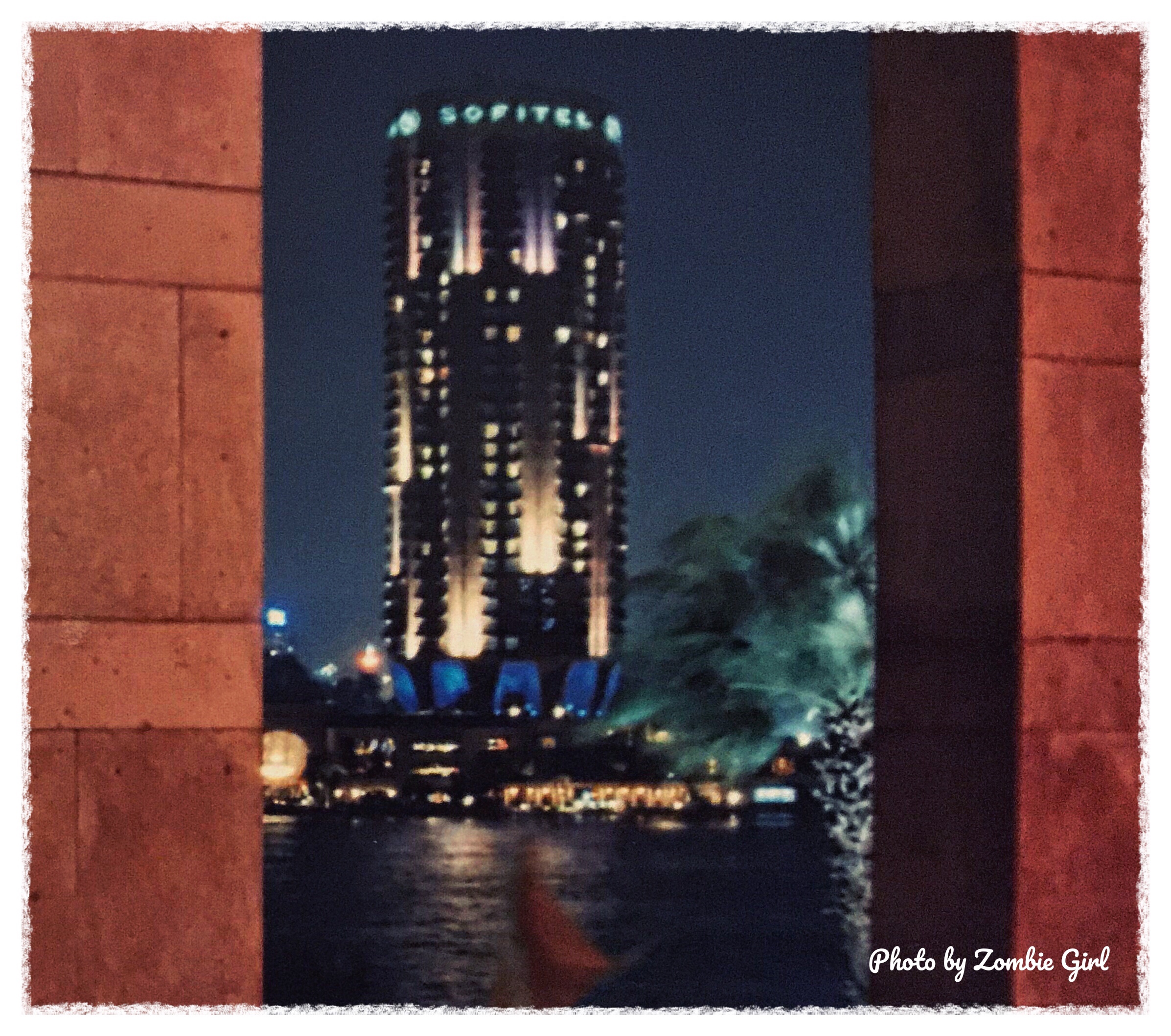 The day was rounded off with a meal at the Hard Rock Cafe Cairo where I was able to spot one last wonder – Micheal Jackson’s hat from Smooth Criminal! It was a whirlwind 24 hours, with so much packed in to such a short time. I would love to go back some day to take it all in at my leisure. For now, Cairo stays on my list of places to visit again.

Have you ever had a 24 hour visit to somewhere? Would you go back or did you get to see everything you wanted? Let us know in the comments!