Boiling hot, breath-taking and ancient. There was no other way to describe it! I visited Egypt a couple of years back in the middle of summer and the heat was glorious! I say glorious – it felt that way by the pool. It didn’t feel quite so wonderful whilst I was wandering around ruins of the great Luxor temple in the mid-day sun!

Nevertheless, I slathered myself in sunscreen, donned a huge floppy hat (which I thought made me look like Audrey Hepburn but probably made me look more like Blossom), gathered as much water as I could carry and prepared to sweat non-stop for the day.

Karnak temple (or Luxor Temple as its otherwise known) is a mixture of huge pillars, statues and carvings across a mixture of temples and chapels. The hulking stone statues at the entrance to the temple loomed over visitors to the complex, reminding me of the two statues in the Never Ending Story, just waiting to snap open their eyes and shoot out lasers as I passed through. 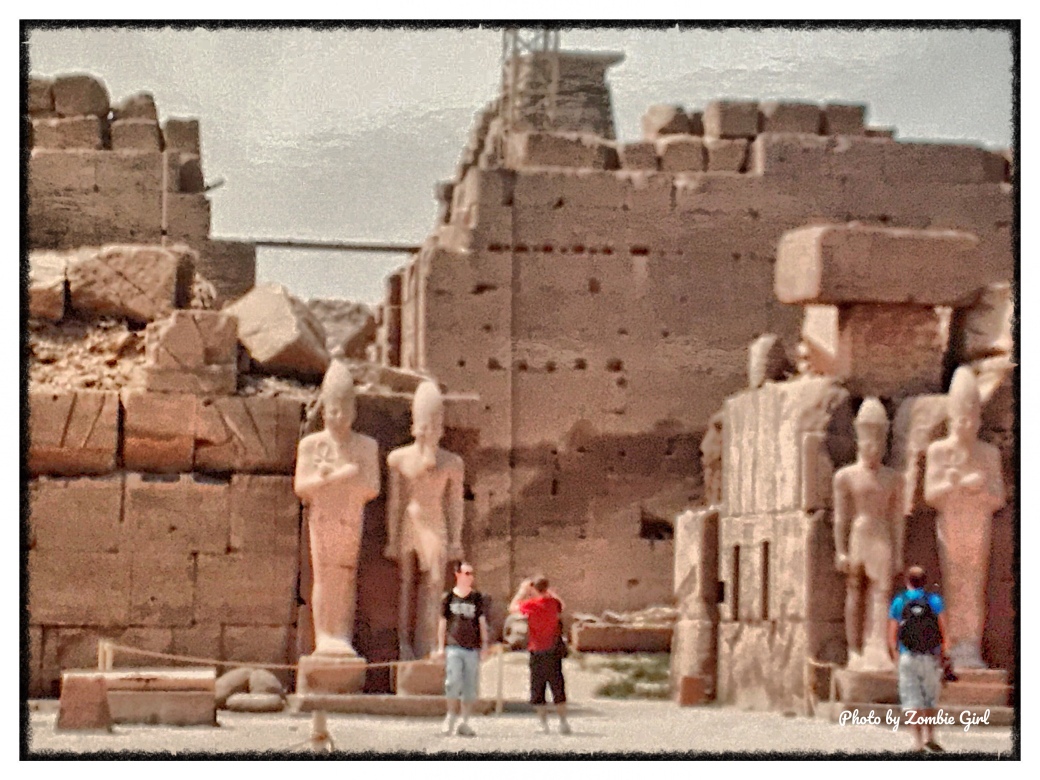 Between the pillars, people walked, necks craned upwards at the sheer size of the structures. I felt like an ant, scurrying from one side of the open air museum to another. 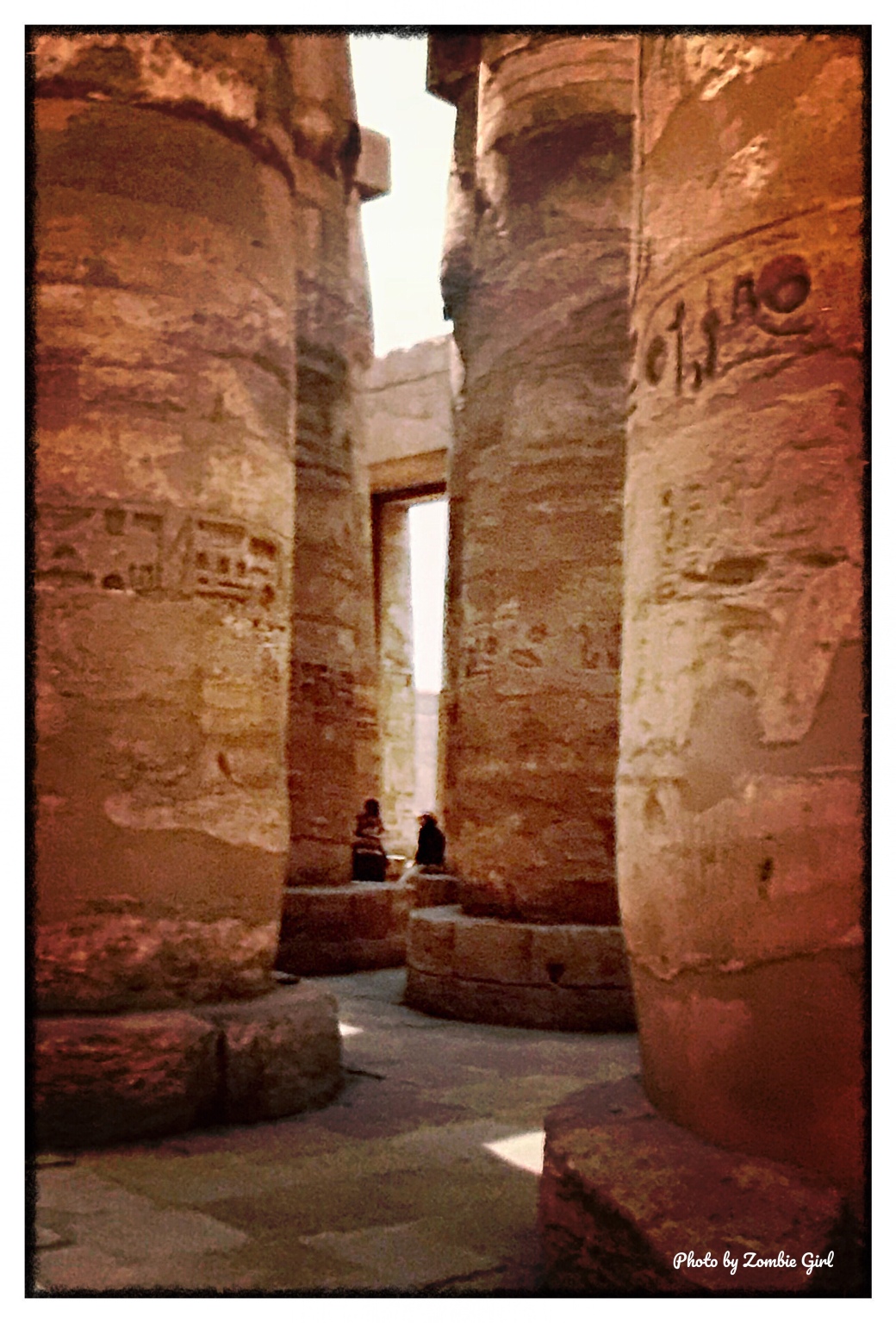 One of the most incredible aspects of Karnak (for me anyway) is the lines of statues leading away from the main entrance towards a temple further across Luxor. In some places they were fully excavated, in others almost completely buried, the marked the procession route from a far away time. To imagine what this must have looked like blows my mind!

Requests for ‘Backsheesh’ (otherwise known as ‘tips’) were fairly common on my trip. Luxor was no exception. A couple of regularly used approaches included offering to take your photo- for a small fee (never give someone else your phone / camera as you won’t get it back until you pay money) and offering to ‘take you to a great photo location’ which is often far from it, but still requires payment! One of the best ways of dealing with any offers of unwanted tips or suggestions is through the use of ‘La Shukran’. This means ‘no thank you’ in Arabic. Using this phrase gives a firm but polite response and I found it to work well.

I had a private guide for the day who gave me a personal overview of the history of the complex and directed me to the most interesting parts of the site. Although this was slightly more expensive than doing it on my own, in my opinion, it was money really well spent. I had organised the guide from home before I set off for Egypt, getting a good deal which also included transport for the day. The guide was lovely and really knowledgeable, and having him around meant that I had far fewer people offering to sell me something or take me to something interesting to photograph!

Not content with a visit to Karnak during the day, I also revisited the site during the evening for a light and sound show. Although it was sometimes difficult to make out what was being said and the ‘light show’ was more a case of simply adding lighting to the statues, it was still well worth the money just to have the chance to wander round the site in the dark. 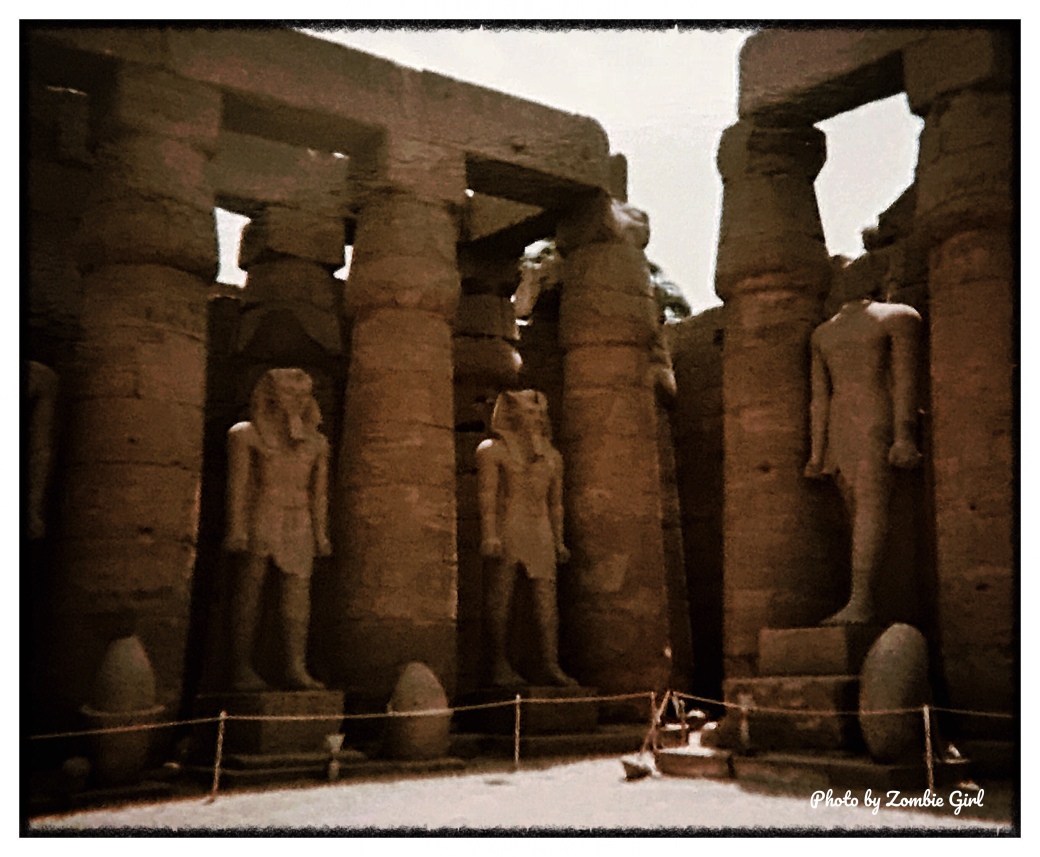 Karnak after dark is a whole different ball game. If the daytime showcases a place of worship and somewhere to place offerings to the gods, nighttime Karnak is where the gods come to share their secrets and devise their schemes. A warren of twists and turns, with the imposing columns holding sway over the activities at ground level. The carvings seemed to flicker in the low light and the shadows created a mysterious atmosphere – so much so that people spoke in hushed whispers despite the booming PA system. Heading home to the hotel, my head was full of a deeper appreciation for Karnak and it’s history.

My experiences in Karnak were a number of years ago. Have you been recently? I’d love to know if anything has changed!