During our stay in Dubrovnik, our bedroom window looked out across the sea towards Lokrum Island. Every morning we would wake to the ships passing by, taking visitors to and from the island. Although the island looked fairly small, our Croatian host had told us tales of peacock inhabitants and Game of Thrones scenery, making us curious and eager to explore.

Lokrum is an island nature reserve, around 15 minutes away from the Dubrovnik coast. Boat rides run regularly throughout the day and cost around 35HRK, which also includes entrance to the island.

As we were visiting in Autumn, the weather was a little hit and miss, so we waited for a sunny day and headed off to the boat. Visiting in Autumn did us a huge favour, as the boat was only about three quarters full, giving us room to spread out. The motion of the boat and the sun reflecting off the deep blue waters made for a stunning ride.

There are no overnight stays allowed on Lokrum and cars are also banned, so the first thing that struck us when we got off the boat was just how quiet it is! The second thing we noticed was the abundance of the island’s only inhabitants – the peacocks! Introduced to the island around 150 years ago, these stunning birds now rule the roost. There is something quite majestic about them and the colours they display are captivating. Just be sure to follow the usual rules of photographing / observing wildlife – don’t get too close or you might find that they take a snap at you!

Exploring, we stuck to the coastal path, which took us most of the way round the island. The views were stunning, made even more impressive by the sparkling sea surrounding us. Having this nature reserve on your door step must be amazing for people living in Dubrovnik – no wonder people were really proud of it. It was immaculate and felt just the right mix of natural and well maintained.

Nearer to the centre of the island sat the Monastery, with elements remaining from a number of eras, it was fitting to its surroundings, tucked away in exotic gardens and plants. Inside the monastery, more information on the island’s history was available, including the telling of the curse on the island, placed by the Benedictine Monks who were forced to leave by the French army. Legend says that on their last night, they walked single file around the island three times, dripping wax from their up-turned candles, placing a curse on anyone who tried to seek the island for their own in the future. 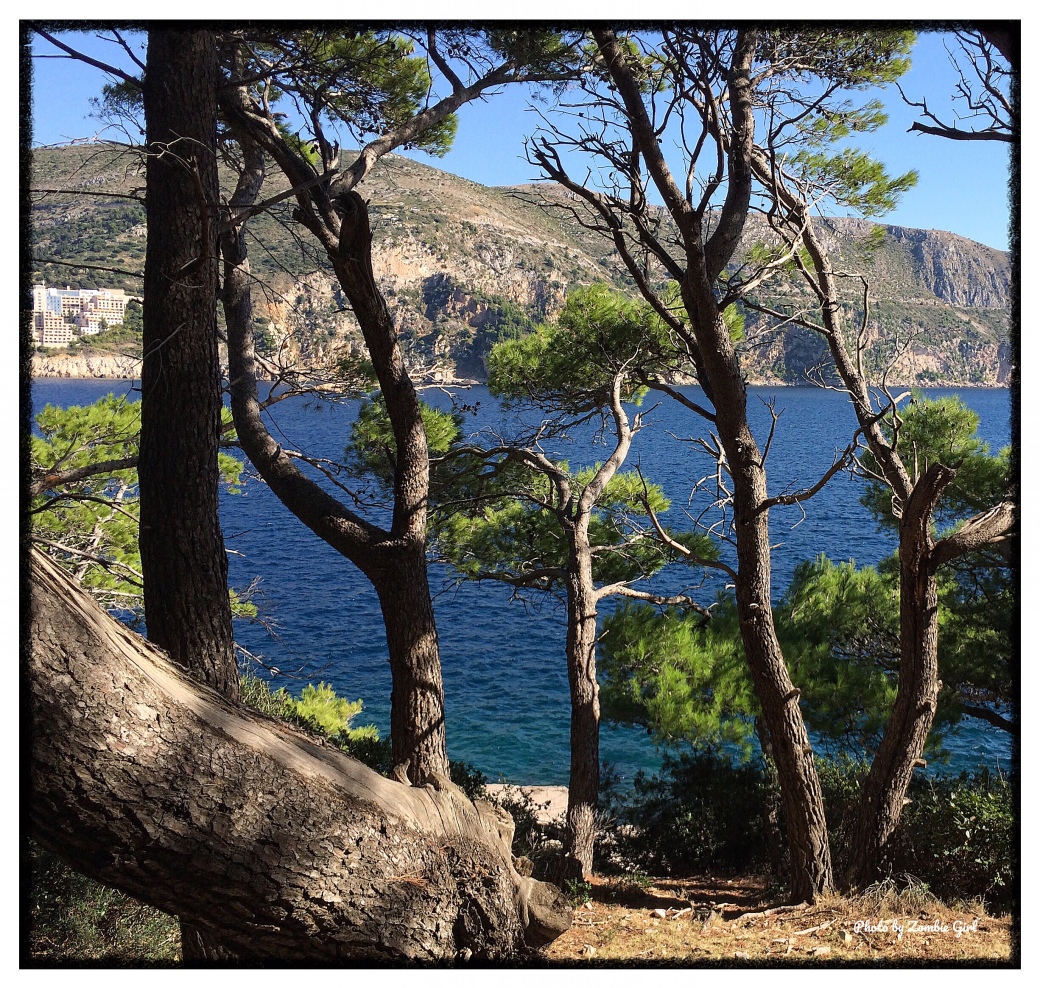 A more modern exhibit in the monastery focused on Game of Thrones. The botanical gardens on Lokrum and parts of the monastery were used for the city of Qarth in the show. A full sized Iron Chair stood in the corner of the exhibit for visitors to sit in and take pictures. Given that Wandering Beeb is a big fan of the show, we took some time there for him to play at being Ned Stark (at least it wasn’t Geoffrey!!).

Although it was used as a set for one of the most famous shows of this decade, it was still the beauty of the island itself that stole my attention. Without a doubt, it’s a stunning place to visit. I’d love to go back in the summer and try out the Red Sea pool – it was a little too cold for this when we went!

Have you visited Lokrum? What was your favourite part of the island?