We never arrive at our camping destinations in the daytime. It’s become a standing joke now, but sometimes it’s not that funny!

We were planning to stay at Sweetwater camping ground in California before a longer stay in Wawona, Yosemite. Looking at the sat nav, our drive was estimated at about 6 hours, however we failed to take into account the food/ water stops, our supply run through Target, the bumpy forest roads and the fact that our sat nav lost signal and was directing us backwards and forwards across forest roads that looped around and around. 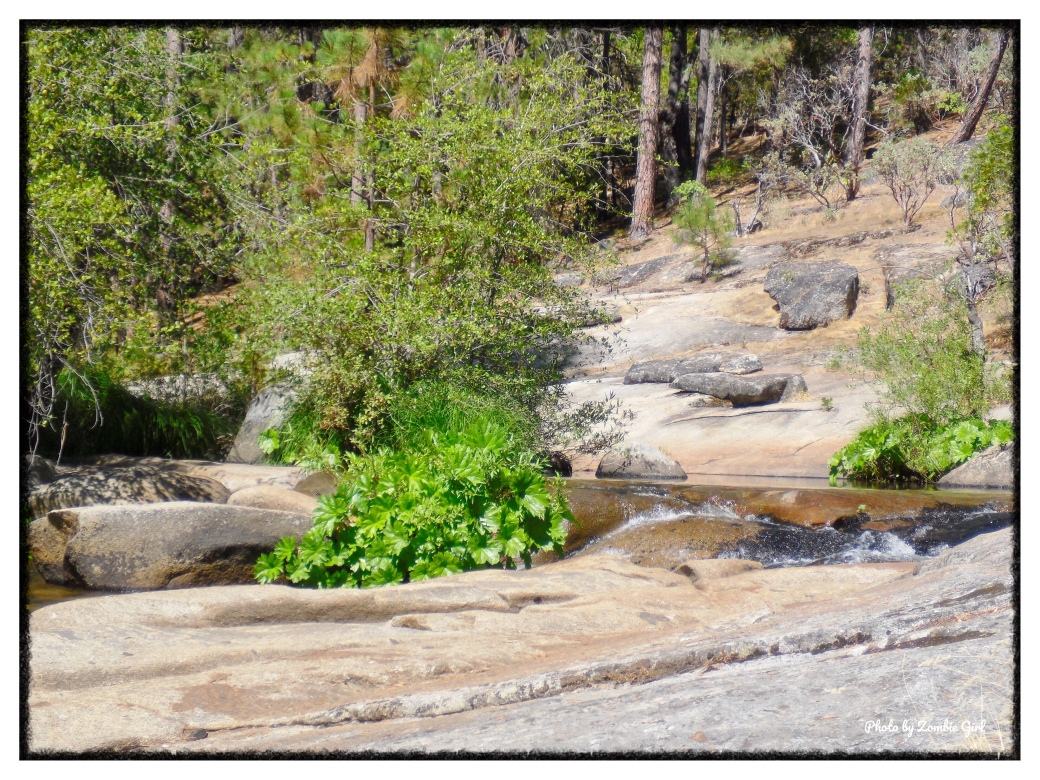 By 10pm when we still hadn’t found the campground, we woke up the two passengers in the back of the car, swapped drivers and pulled out the paper map to try and identify our location.

Finally, pulling into the campground at around 1am, it was too dark to see the pitches, so we opted to sleep in the car by the side of the road. There were four of us in the car. With sleeping bags, tents, fire wood and food. It was cramped to say the least. It was cold. Every noise was a bear (probably). We managed about one hours sleep between the four of us. It was one of the most uncomfortable nights I’ve ever spent.

To make things worse, the toilet facilities were terrible. They were ‘long-drop’ toilets and I swear that something was running around in the pit below. The smell was terrible, but at least some kind soul had left hand wash and toilet paper in the ladies- the guys didn’t even have that!

The next morning, as soon as it got light, we found our spot and set up the tent. Snatching a spot next to the water, we sat up bleary-eyed and took in the sights.

It was beautiful. The water was crystal clear and refreshingly cool in the hot summer sun. The camping area was immaculate and we had loads of space. Our morning view was a riverbank. The trails were pretty and the wildlife was all over the place!

All the things that went wrong fuel our stories of that trip. Instead of focussing on them as negatives, they are the excitement that turns memories into adventures. I love telling people about our stay in Sweetwater.

Other similar experiences are really common when you are travelling. Things don’t go to plan, it’s not all sunshine, blue skies and Instagram friendly photos, but sometimes, a trip that doesn’t go to plan results in some of the best memories of travel.

One thought on “Sleeping in the Car: What Adventures Are Made Of”