I’m the opposite of most people. I get time off work and instead of feeling relaxed and chilled out, I get bored and angsty. If I don’t have a plan for the day, you can guarantee I won’t be happy! Wandering Beeb on the other hand is quite happy spending a day on the computer, pottering about the house or watching TV. Not me. I’ve got to be on the move, doing something, feeling like I’m taking down names and kicking ass. Basically, feeling like I’ve achieved something in the day. So you can see how a week off work with no plans felt incredibly stressful to me!

Getting sick of my pacing about and mutterings about dying of boredom, Wandering Beeb struck up a plan to visit Tatton Park, a nearby country park. 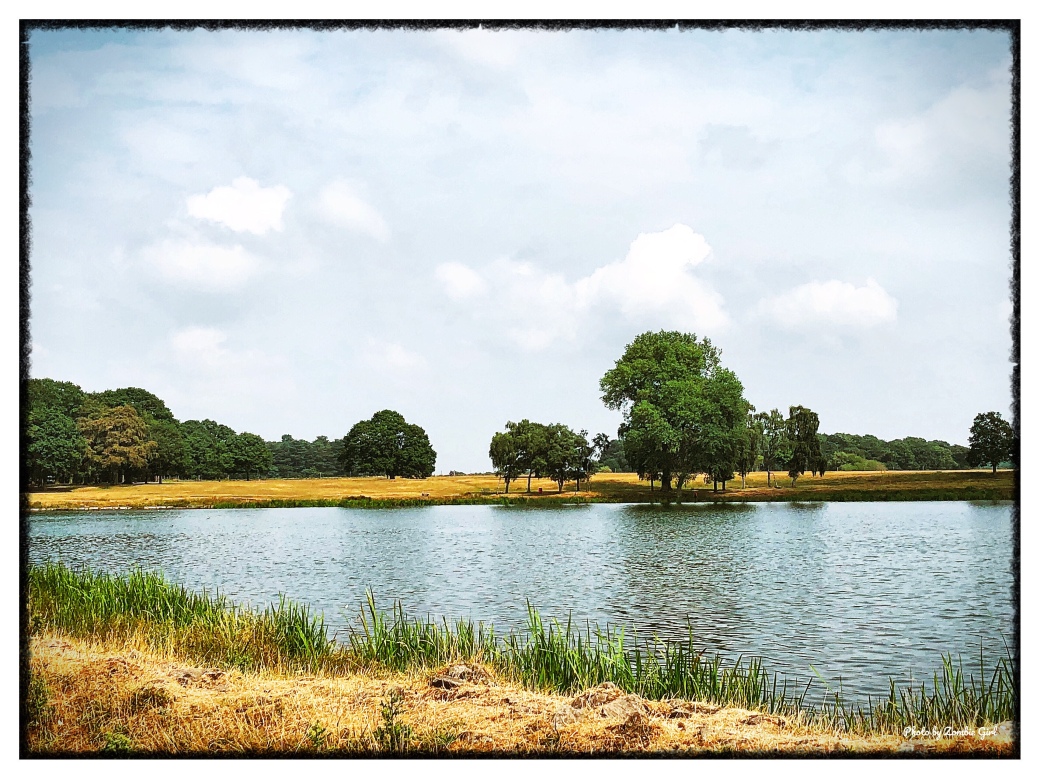 I’d never been before and hadn’t realised quite how large the park is. After driving down some very narrow country lanes, the park seemed huge.

One of the main reasons to visit Tatton Park is to see the herd of deer that live there. Initially they were quite far in the distance but later in our walk, we ended up with the herd running in our direction after being spooked by some thing. It’s one thing to observe quietly from a safe space and quite another to see huge antlers coming towards you at speed!

Butterfly’s were abundant throughout the park and I spent some time trying to get a good photo – it’s harder than you think! I certainly don’t have the reflexes or camera skills to do it justice. Most of my pictures were of a fuzzy blob, slightly different in tone to the rest of the blurry picture!

After spending a lot of time on winding (read narrow and nauseating) roads, it was relaxing to be near the water for a stroll around the lake. Aeroplanes overhead quickly brought me back to earth as I contemplated my next adventure, but for now, Tatton Park bridged the gap.