You can read part one and part two of our trip up half dome here:

The Sub-dome was in sight! After a gruelling but beautiful hike past Vernal Falls, Nevada Falls and through Little Yosemite Valley, we reached a sign to say that Half Dome was a mere 2 miles away.

By this point, I was done in. I was struggling to breath (asthma and altitude do not go hand in hand) my voice had gone almost completely and I was shattered. I also knew that we still had a roughly 4-5 hour hike back down to the valley. I am a very stubborn person and I refused to turn back until I made the Sub-dome. By this point, I’d accepted that there was no way I was going to make it to the top of Half Dome. Physically, I was too knackered to pull myself up those cables, and I’m not sure if I’d have been entirely ok with the height, but I was determined to meet my goal of reaching the Sub-dome. 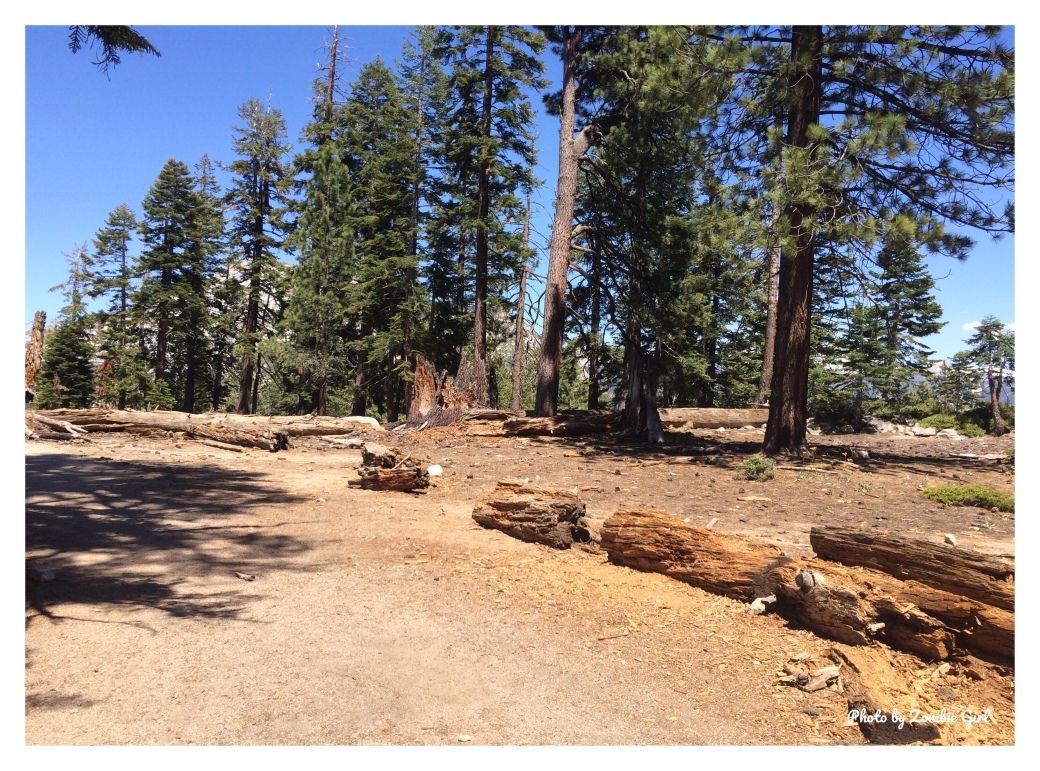 After some challengingly steep switchbacks through the forest, we passed through the section of the trail where a permit was required and broke above the tree line. 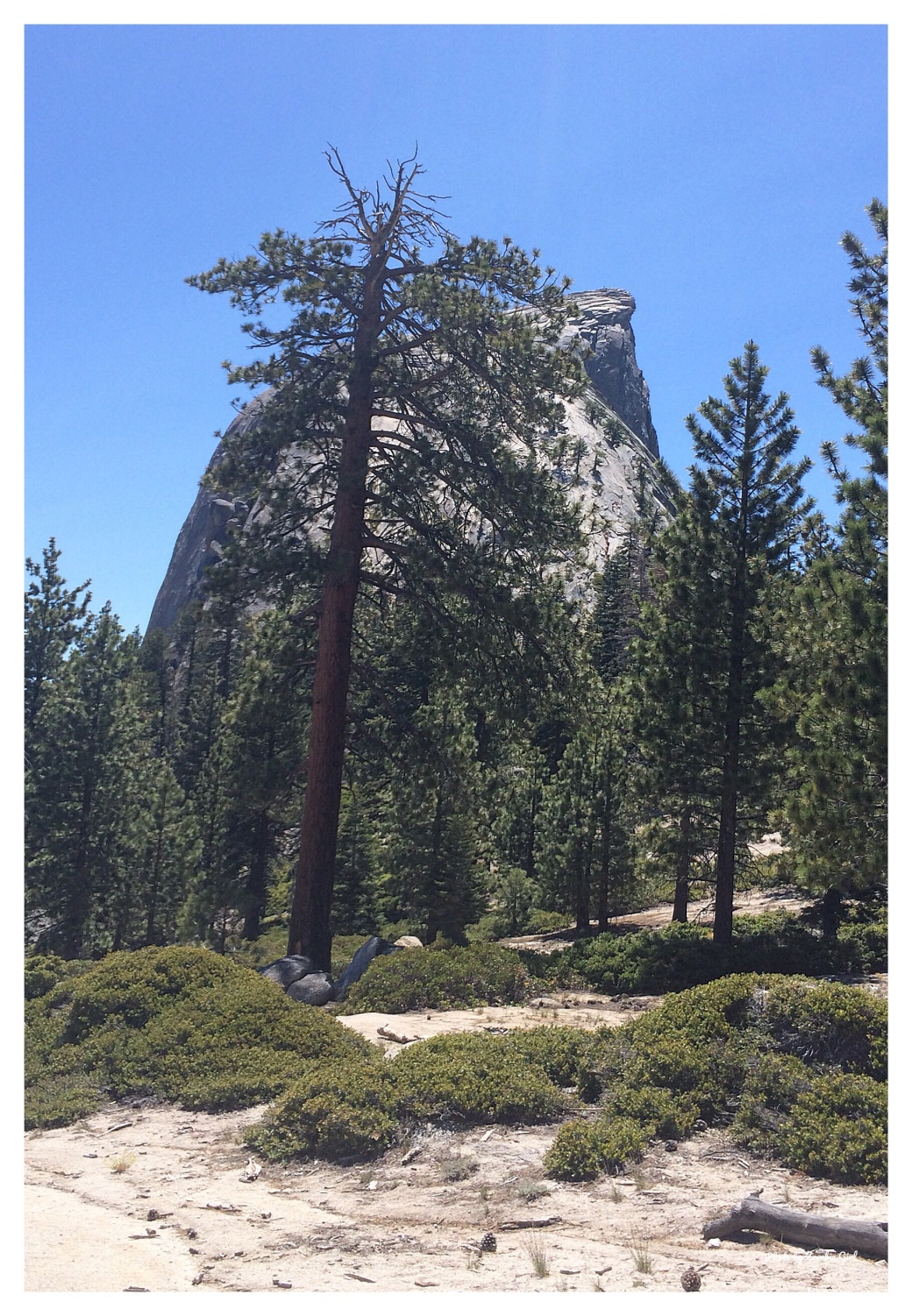 Being that high up, and that close to the Sub-dome was incredible. Despite feeling broken, it was probably one of the biggest highs of my life! 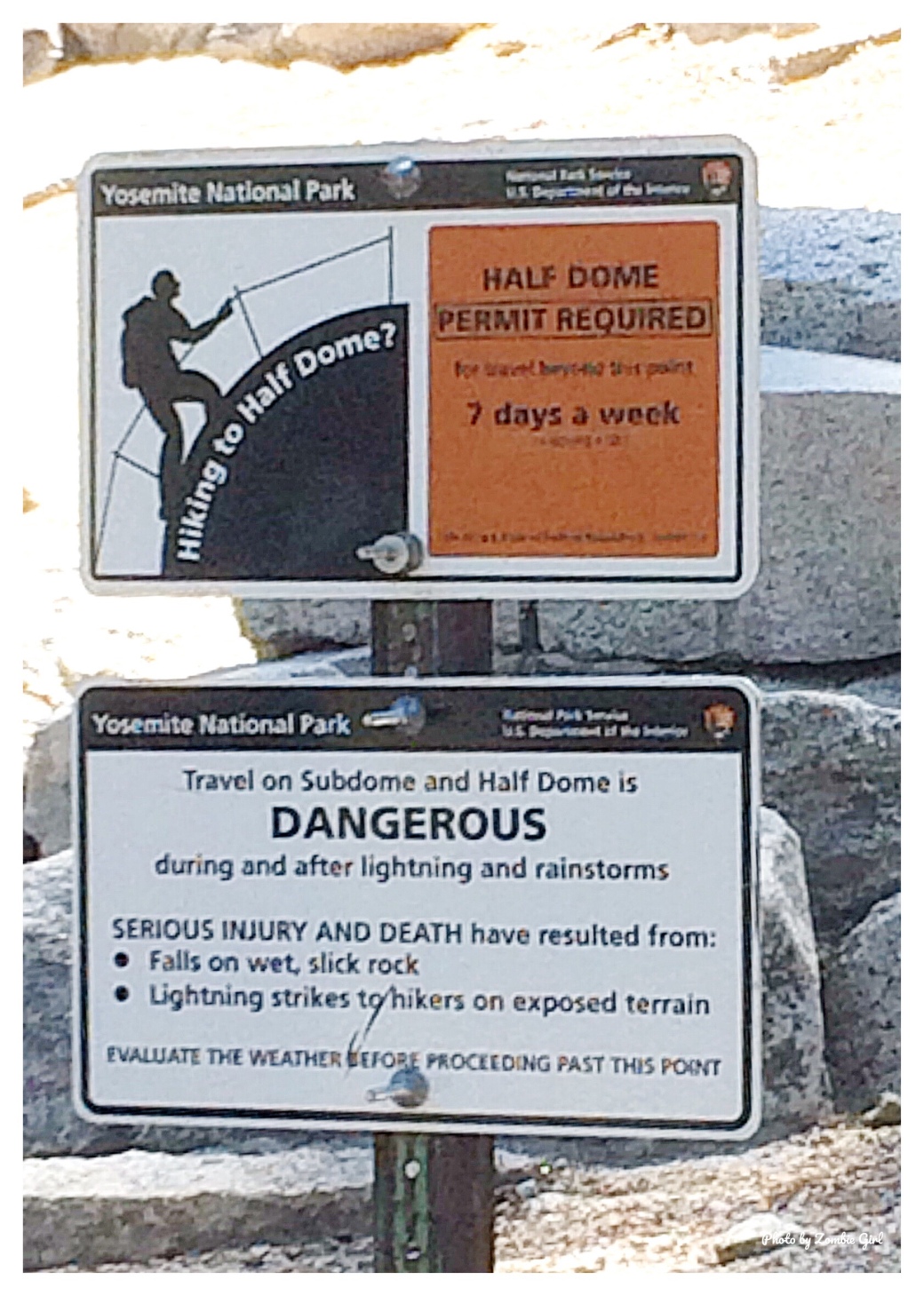 The views were incredible. Snow-topped mountains in the distance, blue skies and harsh granite surrounded us from all angles. It felt like we were in the sky and Wandering Beeb was in his element, snapping pictures of anything and everything! We had achieved our goal and it felt amazing to have been successful at something so physical.

After spending some time taking in the views (and catching our breath), we decide to retrace our steps and head back down the trail. By the time we hit the bottom of the waterfalls, it was almost dark. Torches on, we continued to navigate our way down. There were few people left on the trail and as it got darker, we realised that we must have take a wrong turn somewhere. We could see the lights from the toilet block across the river but there was no way we could see of reaching them. The path had gotten narrower and we were both starting to feel panicky. Afterwards, we admitted to really understanding the dangers of the park at this point, given that we were in bear territory and unsure of where we were.

Trying to remain calm, we hiked back up the path, eventually realising that we had taken a hidden fork in the trail and had headed down a bridal path instead of the main trail. It was such a relief to find the right path and head down past the toilets and water fountains, knowing that we would soon by back in the Valley, surrounded by people rather than bears and mountain lions.

We eventually arrived back in the valley at about 10pm. We were hungry, knackered and sore, and still had a 45 minute drive back to Wawona to our tent. It didn’t matter. We’d reached the Sub-dome, we’d pushed ourselves to the limit and we’d almost touched the sky.

2 thoughts on “Half Dome: Subdome”