Paying my €8, I grumbled about the cost of a visit to, what was in fact, one room. I soon regretted my grumbles. This ended up being the best €8 I spent in Vienna by a country mile.

The State Hall aimed to be a demonstration of grandeur and power when it was first built. A show of grandeur and status. Baroque in style, it was designed to embody excess to the fullest, containing huge detailed domes and floor to ceiling bookcases.

Like something out of a fairytale, the artwork on the ceiling depicts the different types of books housed in the library – science, art, philosophy and music. A handy electronic guide highlighted sections of the ceiling and their meanings, providing a more detailed understanding of the imagery.

Currently housing around 200,00 books, the hall is two stories high, boasting huge bookcases that, to my delight, opened up to reveal yet more books in the hidden rooms behind. It was easy to imagine the secrets they might hold.

Darkened bookcases, ladders leading up to dusty tomes and ominous statues decorated the library. Person-sized globes were dotted between the bookcases. Imagine everything you think should be in a library located in a magical kingdom and this place would live up to the expectation. 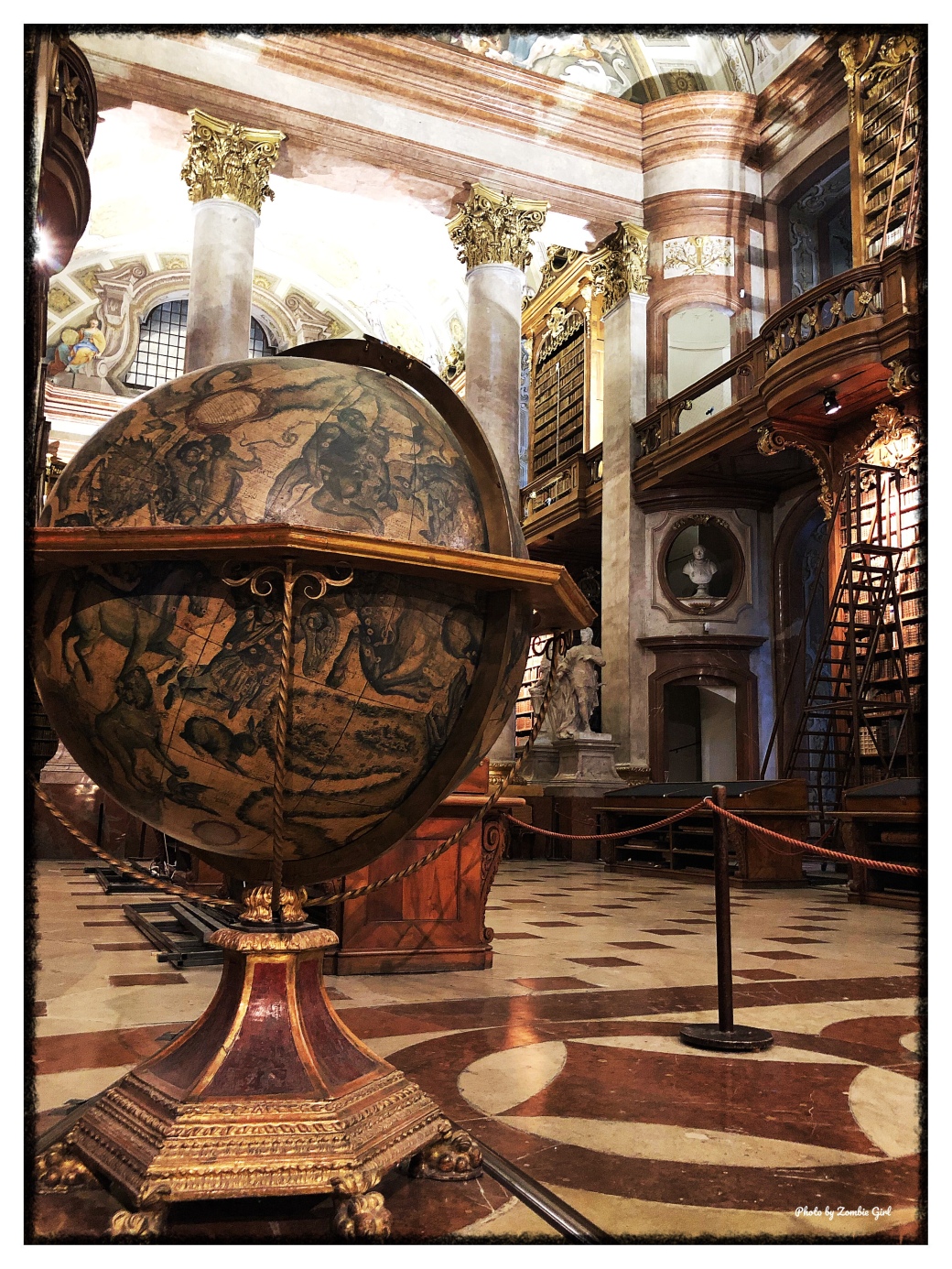 As an avid reader and someone who loves nothing more than to curl up with a good book, this place captured my heart immediately. The romance and mystique of the hall was permeable from the first step over the threshold. 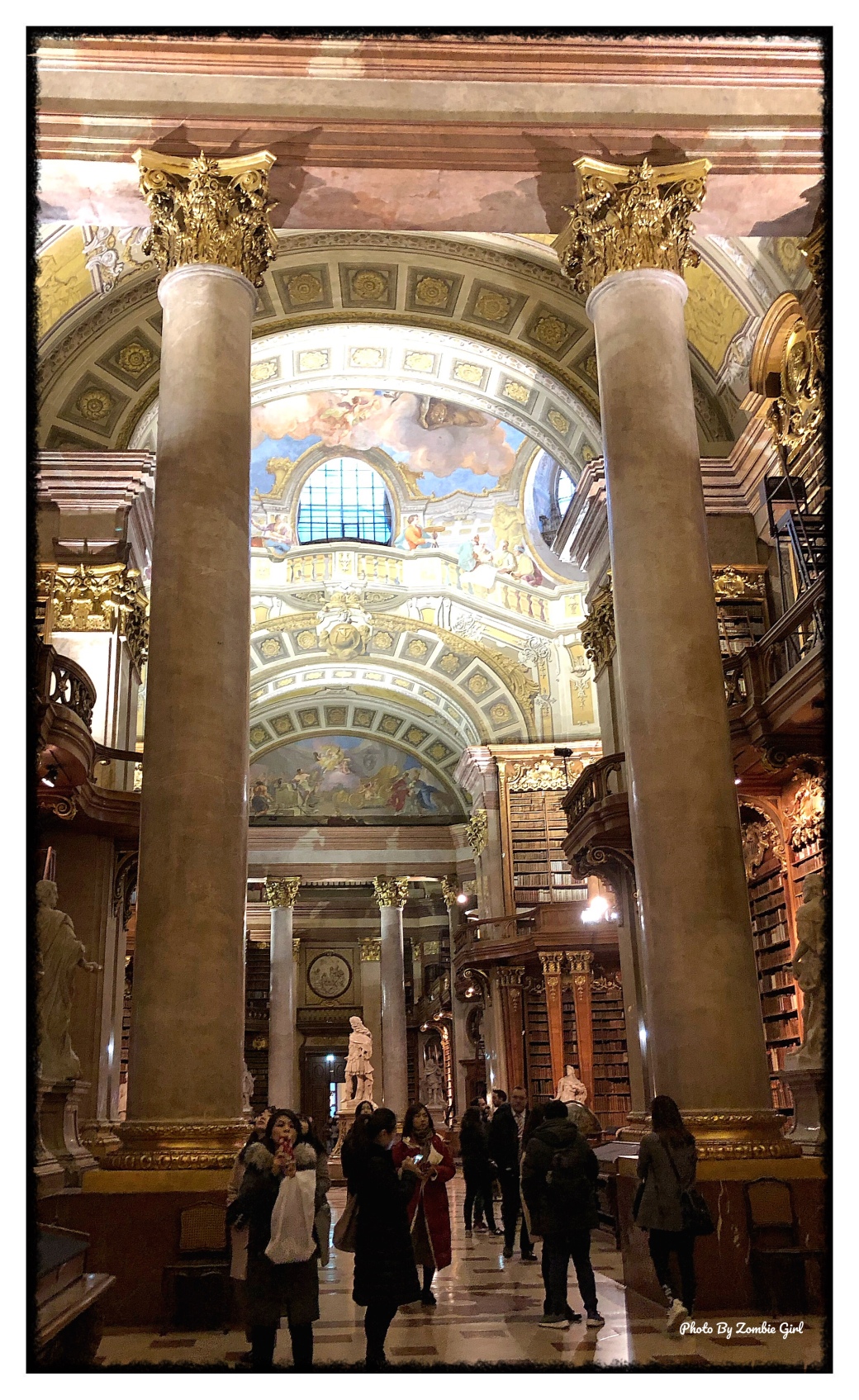 I was lost in imaginings of how this place would look when it was first built. Flickering candles lighting the towering rows of books, the watchful eyes of the central statues and the lone reader, curled into a semi- comfortable corner, surrounded by the familiar bookish smells, their world only perforated by the crinkle of the page.

Adding to the mythology of the hall, Gia and Atlas stand on the roof outside, holding up the globe and watching over the hall. The two huge pillars on either side of the hall, know as The Pillars of Hercules seem to push against the oppressive weight of the books, stopping them from closing in on the tiny visitors in the room below. It was as though this room, built by giants and filled with mythology had allowed the mortals to roam its halls for a day, sharing some of its dusty secrets.