Flying so close you could almost feel the wings brush your head, the mix of Golden Eagles, Peregrine Falcons and Owls in the ‘Birds in Motion’ session on Grouse Mountain is a good way to learn about the hunting and living habits of these beautiful creatures.

Taking the birds half way up the dirt track on the mountain, the Rangers encouraged them to fly down to where we were sitting, demonstrating how they would hunt for prey in the wild.  Small podiums and ledges were set up to allow the birds to perch, giving the audience a close up view of the birds. 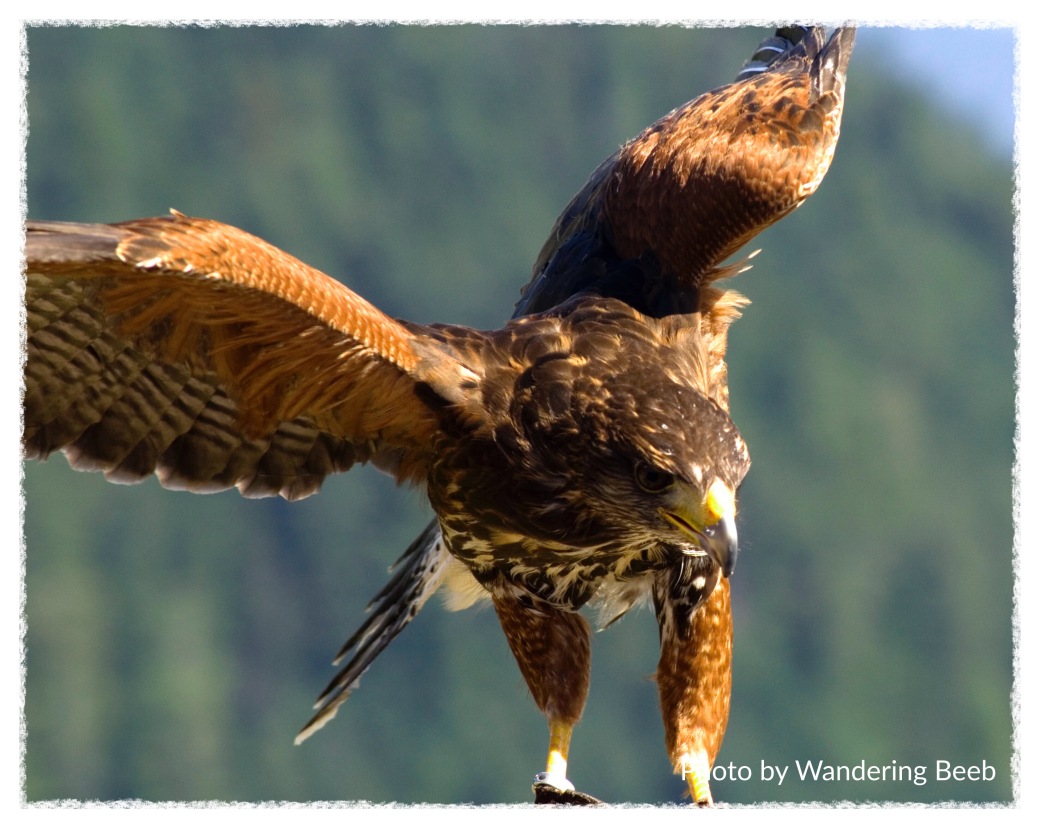 Yes, its a tourist attraction, yes the birds are not living in the wild (and I would much prefer to see them in that setting) but the birds are part of a Ranger programme and are therefore well looked after, rather than part of a performing circus. Spotting one of these birds in nature is pretty difficult, so having the opportunity to sit so close to them was incredible. Throughout the session, the Rangers were able to share facts about the birds and tell stories of their activities.

Before the session, the audience was clearly told a) not to touch the birds, and b) don’t stand up whilst the birds are flying – apparently they were able to judge the distances above our heads very well, except for if we stood up / sat down quickly. One guy shifted about just a bit too much in his seat and ended up being kissed in the face by a feathery wing! After that, we made sure to sit quite still! 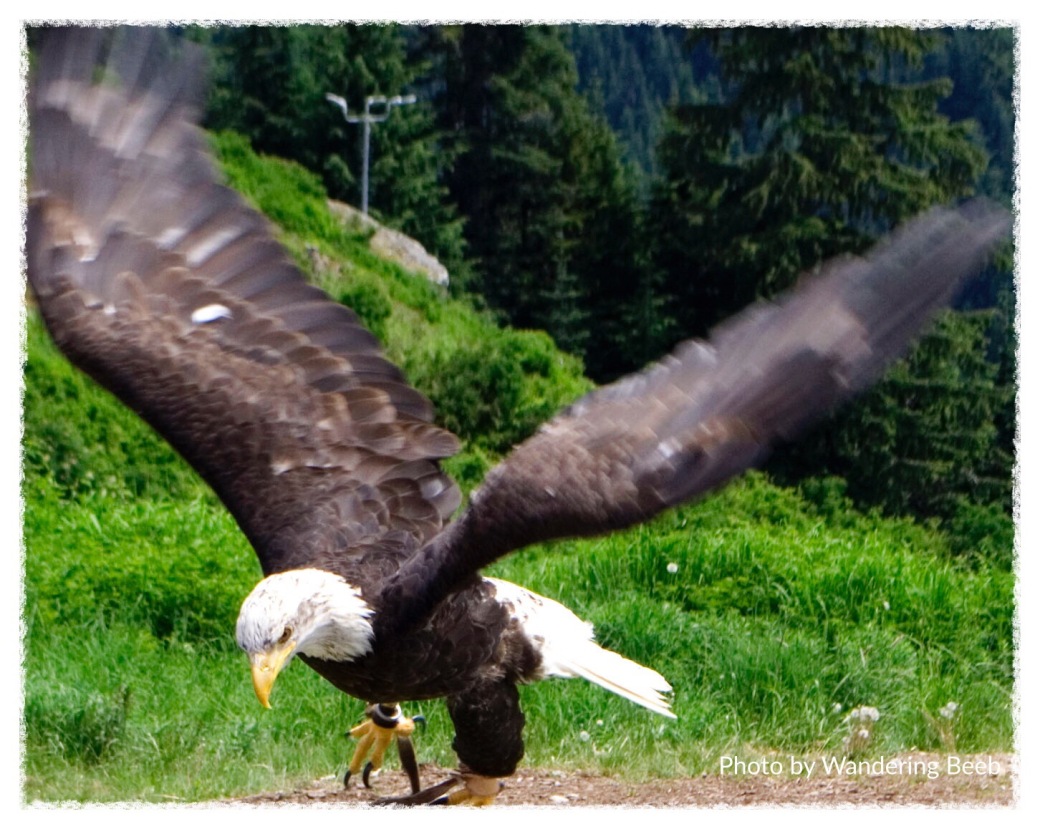 If you decide to visit the session, it’s well worth sitting on the back row of the benches as you will have a good view of the birds as they fly over your head to the perches at the back. Front row seats get a better view of the birds when they land, but be warned, don’t sit too far forward on the grass – the Rangers will ask you to move anyway as this is classed as the bird’s territory and you don’t want to be mistaken for prey!

Although the eagles were great to see, I have to say that I preferred the owls. There is something fascinating about them as creatures, cute and fluffy on the outside but fairly savage and violent in their kills. As a horror fan, anything that can rotate it’s head to the same degree as the owl is well worth my time! 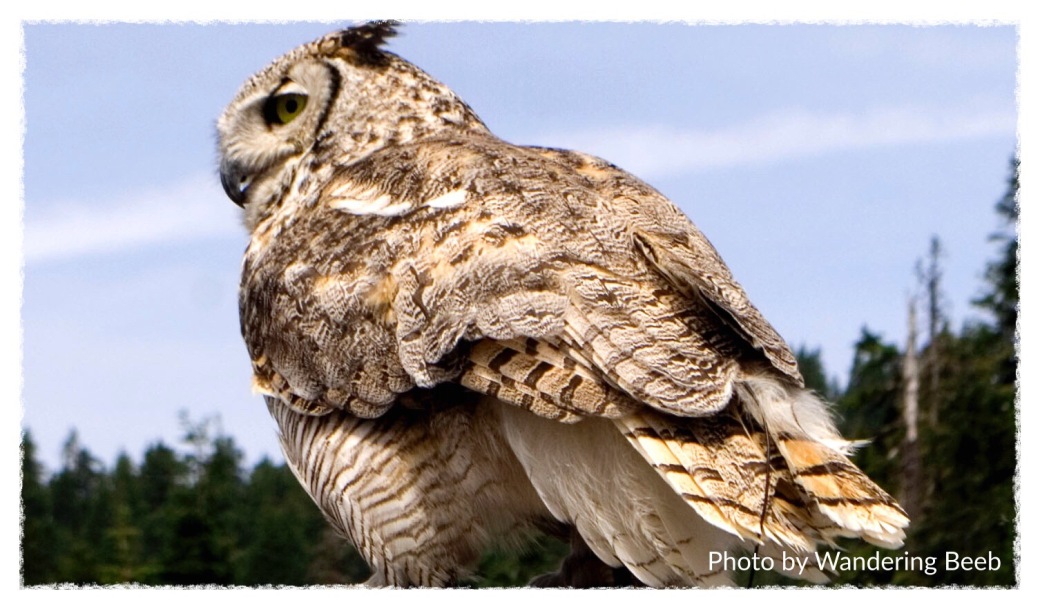 The ‘Birds in Motion’ sessions run throughout the summer on the mountain – you can read more about them here: https://www.grousemountain.com

2 thoughts on “The Birds of Grouse Mountain”